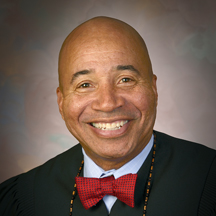 Judge Davis has taught constitutional law, administrative law, national and international security law, alternative dispute resolution, counter-terrorism, and international and domestic sports law. He is the founder of the Journal of National Security Law and has held positions of leadership with the American Bar Associations' Standing Committee on Law and National Security, the Federalist Society, and the American Association of Law Schools. He has written numerous articles on a variety of subjects, including a recent article published by the Texas Tech Law Review entitled: "Veterans Fighting Wars at Home and Abroad." He has been a frequent commentator on television, radio, and newspapers regarding national security, terrorism, constitutional law, and elections issues. While teaching in Mississippi, he was appointed by the Governor as a Mississippi Commissioner to the National Conference of Commissioners on Uniform State Laws.

Judge Davis graduated from the University of Hartford, West Hartford, Connecticut, in 1975 and the Georgetown University Law Center, Washington, D.C., in 1978. He practiced as an appellate attorney for 5 years with the Commodity Futures Trading Commission, Washington, D.C. Judge Davis subsequently spent 4 years with the United States Department of Education, Washington, D.C., in the business and administrative law division. Judge Davis also briefly served as a Special Assistant United States Attorney in the District of Columbia as part of a Federal agency exchange program.