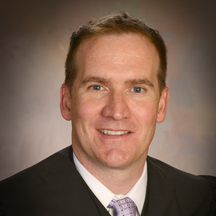 Judge Toth is a veteran of the Judge Advocate General (JAG) Corps of the United States Navy, where he served as Senior Defense Counsel in Pearl Harbor, Hawaii, and provided legal assistance to veterans, service members, and their families. In 2011, Judge Toth was deployed to the Zhari district of Afghanistan where he served as a Field Officer for the Rule of Law Field Force Afghanistan (ROLFF-A) and was stationed with the Army's 10th Mountain Division. He received the Joint Service Commendation Medal for his service in Afghanistan.

Judge Toth clerked for Judge Daniel A. Manion of the United States Court of Appeals for the Seventh Circuit and Judge Robert J. Conrad of the United States District Court for the Western District of North Carolina. Additionally, he worked as an Associate Counsel at Drinker Biddle & Reath, LLP in the commercial litigation group.

Judge Toth received his bachelor of arts degree from the University of Chicago and his juris doctor from the Ave Maria School of Law, where he was the managing editor of the Ave Maria Law Review.