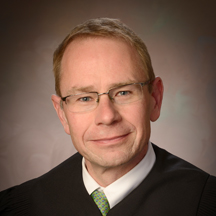 Before taking the bench, Judge Allen was active in professional associations. He served on the Board of Trustees of the Southeastern Association of Law Schools and was the Chair of the American Association of Law Schools' sections on Remedies and New Law Teachers. He is also active in his synagogue where, along with his wife, he received the Shofar Award for community service.

Judge Allen is married to Debra Brown Allen and has two sons, Ben and Noah.