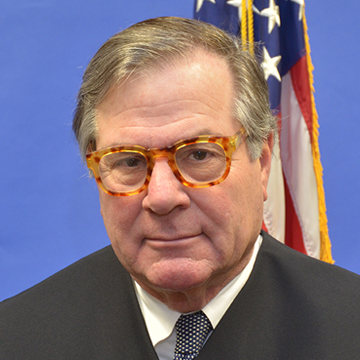 He retired as a Brigadier General in 1994, having enlisted as an armored cavalry crewmen, 1967, commissioned in The Judge Advocate General's Corps, 1970 and appointed a general officer by President Bush and confirmed by the United States Senate, 1990. He served as a member of the New Jersey World War II Memorial Commission. Judge Greenberg received the highest honor granted by the New Jersey State Bar Foundation, for his work in establishing the military legal assistance program, and especially in his public service representation of soldiers at Walter Reed Army Medical Center during their physical disability hearings. His article in the June 2007 issue of New Jersey Lawyer Magazine describes the program in detail. He has served as special litigation counsel to The Adjutants General Association of the United States and was special litigation counsel pro bono to the National Guard Association of the United States.

He was chosen the New Jersey Lawyer Of The Year for 2009 by The New Jersey Law Journal. He received The Distinguished Alumnus Award from The Johns Hopkins University in 2010, and the Rutgers Law School Public Service Award in 2010 for his work in developing and leading the efforts to represent wounded and injured soldiers at Walter Reed.

Judge Greenberg is admitted in New Jersey, New York and the District of Columbia. He is a member of the bar of the Supreme Court of the United States, and of the Third, Fourth and Federal Circuits, the Southern District of New York, and the United States Court of Appeals for the Armed Forces.

He is married to the former Betty Kaufmann Wolf of Pittsburgh. They have three children, Katherine, Anthony and Elizabeth, and four grand children, Sebastian, Emiko, Lillian and Samuel.